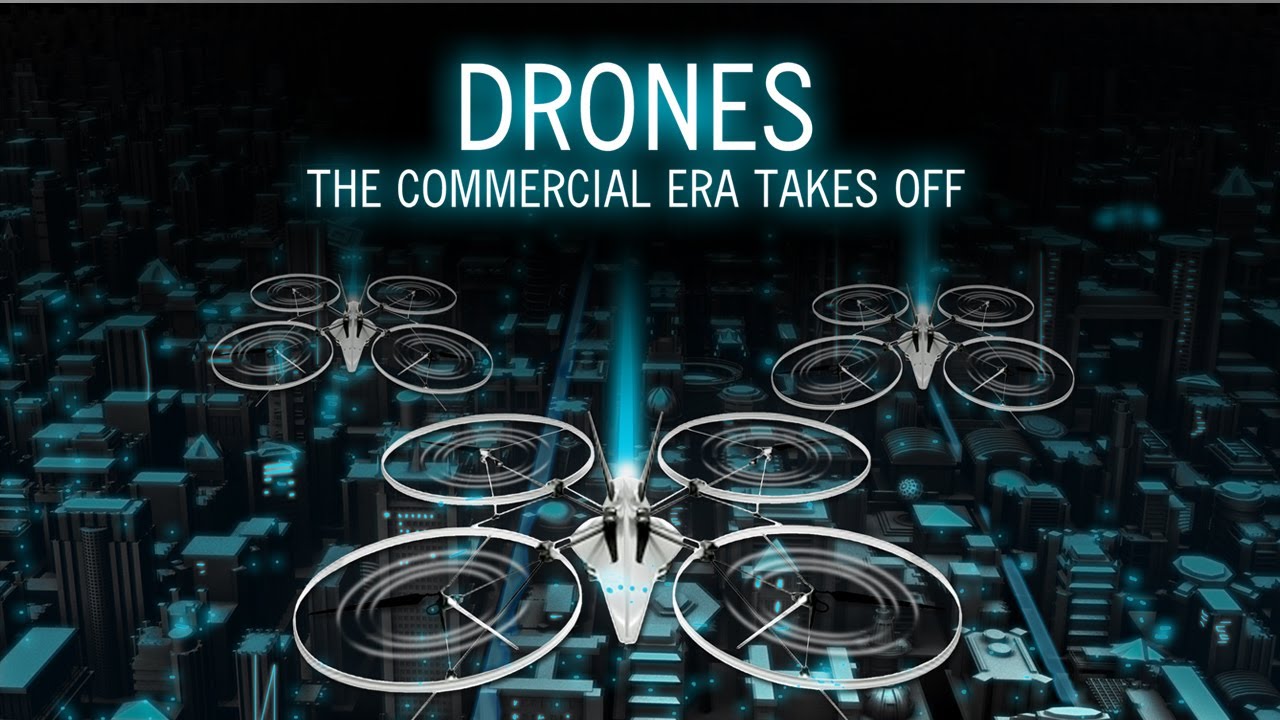 Research and Markets has announced the addition of Wintergreen Research, Inc’s new report “Commercial Drones: Highways in the Sky, Unmanned Aerial Systems (UAS), Market Shares, Strategies, and Forecasts, Worldwide, 2015 to 2021” to their offering.

Drones markets promise to grow significantly because of the more economical visualization and navigation provided by systems. Visualization includes mapping from the air, inspection from the air, surveillance from the air, and package delivery from the air. The unmanned aircraft equipped with cameras are able to do things that cannot be done in any other way. This bodes well for market development.

Quantities of fielded systems increase as application usefulness increases. Police departments, the oil and gas industry, border patrol, and utilities are all using commercial drones. Units are used for agriculture. Vendors continue to improve the capabilities of these drone aircraft as more air miles are logged. Their ability to support the commercial endeavors is increasing. Unmanned aircraft have fundamentally changed the accuracy of utility and oil and gas inspections. They are set to fundamentally change how agriculture is conducted.

Japan and Australia have been using drones in agriculture since the 1980s. Worldwide markets are evolving for several compelling applications. High value crops are a target of agricultural robotic development. What could be tastier than a strawberry, perfectly formed, and perfectly ripened? New agricultural robots are able to improve the delivery of consistent quality food, and to implement efficiency in managing food production.

Strawberries are a high profit crop. A new generation of drones has just been born. Strawberry spraying with the world’s most advanced technology is able to give maximum performance to a farm. Harvesting robots can use pictures from drones to optimize the productivity of the farming business by determining fruit ripeness from the air. Growers can get the best results in a berry farm using automated process. Automated picking collection systems improve labor productivity, give speed and agility to harvest operations.

The robotic platforms are capable of site-specific spraying. The capability is targeted spraying only on foliage and selected targets. It can be used for selective harvesting of fruit. The robots detect the fruit, sense its ripeness, then move to grasp and softly detach only ripe fruit.

Drone commercial uses will provide billions of dollars in economic growth. Centers of excellence are evolving worldwide. For the most part, open-use policies are in effect worldwide. Except in the US, Drones are currently mostly banned in the US. The US is more restrictive, it could take months, even years before the FAA offers preliminary guidelines on the commercial use of unmanned aircraft systems

Commercial drones are set to build highways in the sky. The market will only evolve past the early adopter stage after the industry finds ways to build navigation infrastructure that is safe and that works. Roads in the sky will create altitude differences that function as bridges to separate the drones from each other when they are flying at angles to each other.

Drone use could soon become common practice for 40% of businesses