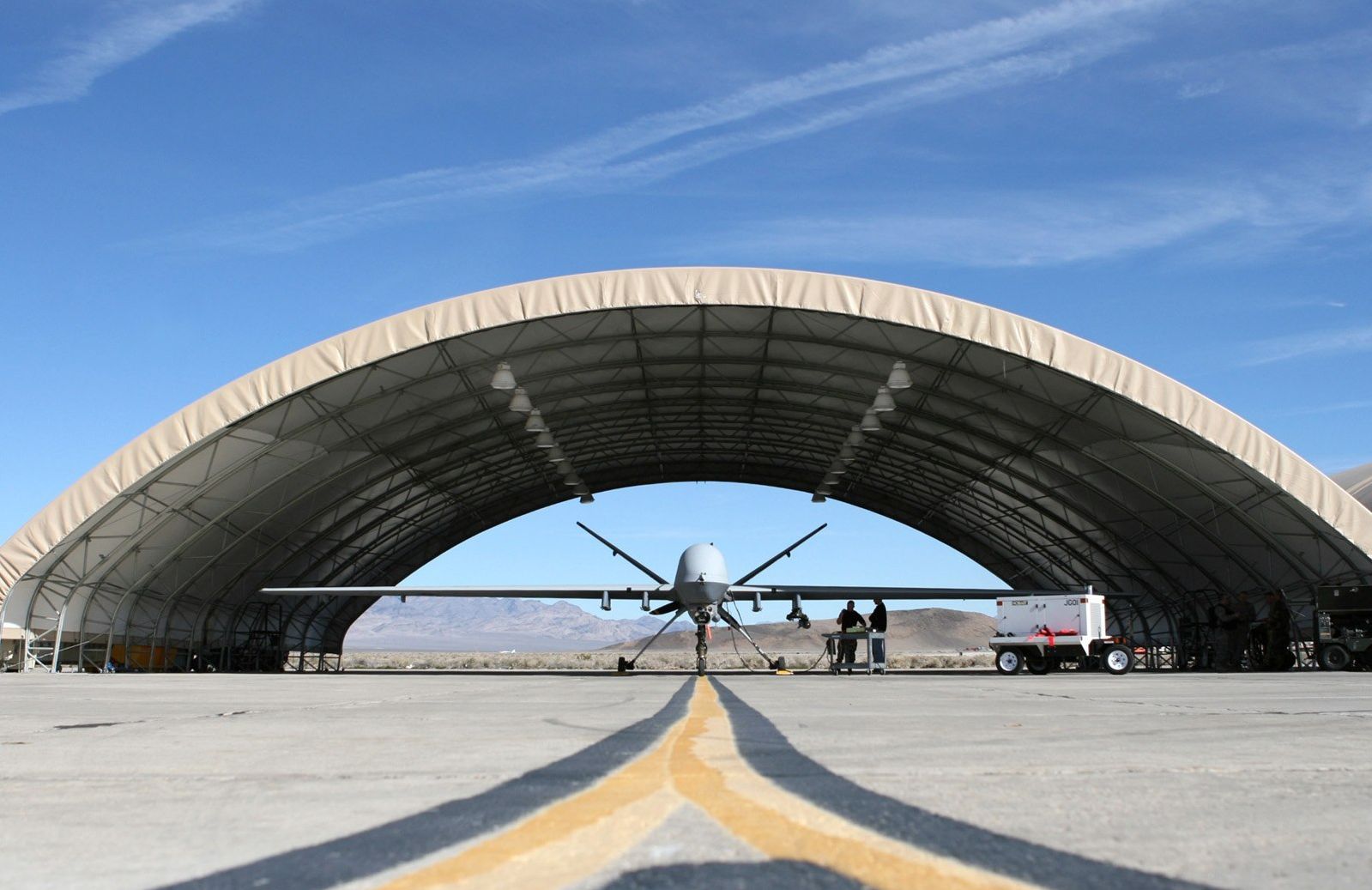 But proposals — including one by eminent British architect Norman Foster — plan exactly that, to set up ‘cargo drone routes capable of delivering urgent and precious supplies to remote areas on a massive scale’, with the East Africa nation of Rwanda chosen as a test case.

‘Specialist drones can carry blood and life-saving supplies over 100 kilometres (60 miles) at minimal cost, providing an affordable alternative that can complement road-based deliveries,’ the proposal reads.

Rwanda, left in ruins after genocide in 1994, has rapidly rebuilt with the government pushing initiatives to boost technology and the powerful ruler President Paul Kagame dreaming of turning the capital Kigali into a regional hub for investors and multinational companies.

Government efforts have rapidly pushed mobile phone and internet coverage across the landlocked nation, but the rolling landscape of a nation dubbed the ‘land of a thousand hills’ means physical access to some areas is more of a challenge.

The proposal — by architecture firm Foster + Partners, the Swiss Federal Institute of Technology in Lausanne and its linked Afrotech company — hopes to see drones with a three-metre (10-foot) wingspan able to carry deliveries weighing 10 kilogrammes (22 pounds).

‘Bold, radical solutions’
‘Africa is a continent where the gap between the population and infrastructural growth is increasing exponentially,’ Foster said at the project launch earlier this month.

‘The dearth of terrestrial infrastructure has a direct impact on the ability to deliver life-giving supplies, indeed where something as basic as blood is not always available for timely treatment. We require immediate bold, radical solutions to address this issue,’ Foster said.

The pilot project is slated to begin next year, with three ‘drone-port’ buildings due for completion by 2020, enabling the drones to cover almost half of Rwanda’s countryside.

While Rwanda’s government has yet to comment on the proposals, people have welcomed the plan.

‘The introduction of drones can add to the many solutions we have available to tackle infrastructure challenges in Rwanda,’ Junior Sabena Mutabazi wrote in a the pro-government New Times newspaper.

Rwanda, small, tightly controlled and where there is only modern infrastructure in key hubs, offers the chance to test case cargo drones before possible expansion into wilder, less developed countries on the continent.

‘The Droneport project is about doing ‘more with less’, capitalising on the recent advancements in drone technology — something that is usually associated with war and hostilities — to make an immediate life-saving impact in Africa,’ Foster said.

Those developing the project point out that in many parts of Africa, too remote to establish telephone landlines, mobile technology leapfrogged that step, with mobiles now common across the continent even in the remotest of places.

‘Flying robots to move goods inevitable’
Drones, it is argued, could do the same where a lack of roads has made access tough.

‘Cargo drone routes have utility wherever there is a lack of roads,’ the project proposal said.

‘Just as mobile phones dispensed with landlines, cargo drones can transcend geographical barriers such as mountains, lakes, and unnavigable rivers without the need for large-scale physical infrastructure.’

Jonathan Ledgard, from Swiss-based Afrotech — an initiative aiming to ‘help pioneer advanced technologies in Africa at massive scale’ — knows the challenges, having worked as a journalist in trouble spots across the continent for the past decade.

Ledgard is convinced cargo drones will be the future, but is also determined the technology will benefit those who need it most.

‘It is inevitable on a crowded planet, with limited resources, that we will make more intensive use of our sky using flying robots to move goods faster, cheaper, and more accurately than ever before,’ Ledgard said.

‘But it is not inevitable that these craft or their landing sites will be engineered to be tough and cheap enough to serve poorer communities who can make most use of them,’ he said.

‘Droneport is an attempt to make that happen, and to improve health and economic outcomes in Africa — and beyond.’