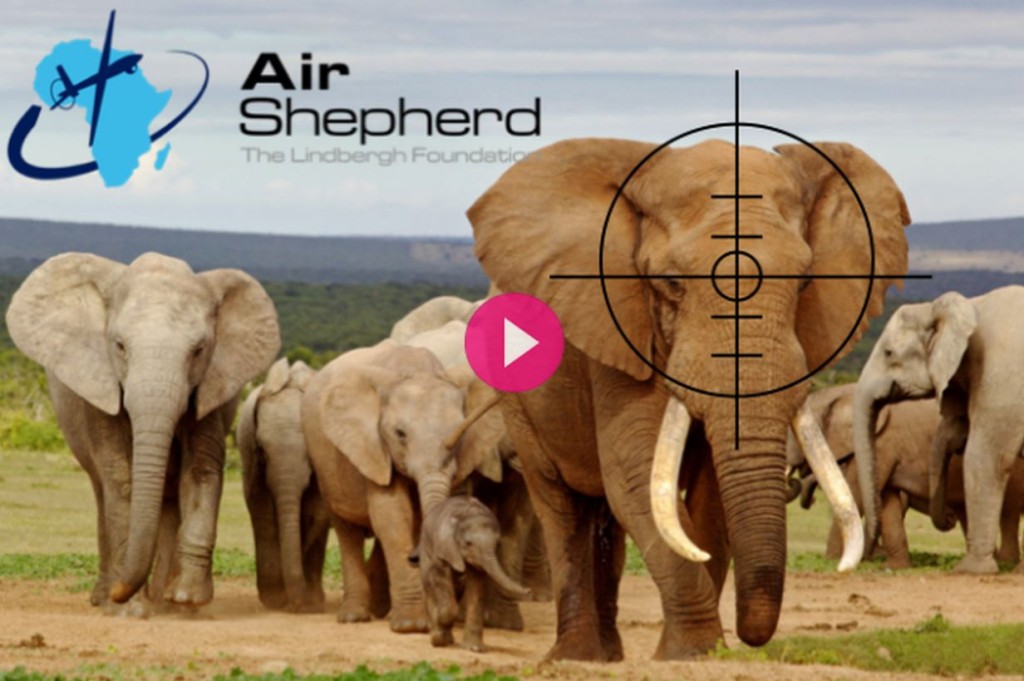 The demand for ivory trinkets and rhino horn by Asia’s rising middle class has increased exponentially over the last decade. According to a report by Chatham House, smuggling of endangered species and their products mainly from sub-Saharan Africa by international organized crime rings and armed groups is now worth as much as $10 billion annually.

According to data published by the South African Department of Environmental Affairs (2015), a staggering 1,215 rhinos were killed last year in South Africa for their horns. That’s 3 rhinos per day–one rhino every eight hours.

Similarly, according to researched published in the Proceedings of the National Academy of Sciences, nearly 40,000 African elephants were slaughtered in 2014 for their ivory. According to experts, at current rates of poaching, both elephants and rhinos in the wild will be extinct within ten years.

“Our data shows that poachers work under the cover of night—having scouted the animals earlier in the day, they kill, cut off horns and tusks, and quickly leave the area. Rangers haven’t had an effective way to anticipate where attacks are likely to occur across the vast land areas that need protecting—until now.” — John Petersen, Chairman, Lindbergh Foundation
Air Shepherd Gives Rangers a Silent Weapon Against Poachers

Air Shepherd, an initiative of the Lindbergh Foundation, has assembled technology experts, UAV and Drone Solutions (UDS) and the University of Maryland Institute for Advanced Computer Studies (UMIACS) in a collaborative effort to maximize the use of drone technology at the front-lines of the poaching war. This innovative new anti-poaching program combines unmanned aerial vehicles or drones from UDS with breakthrough predictive analytic software technology from UMIACS.

The algorithms now saving elephants, designed by professor Tom Snitch, Ph.D. at UMIACS, were originally developed for the military to predict insurgencies in Iraq and Afghanistan. Now, Snitch has adapted the technology to predict with more than 90% accuracy, where poachers are likely to strike.

“We use very high resolution satellite imagery to provide extremely detailed maps of the topography of an area. A wide array of data, with many different variables, is collected and overlaid on the imagery and, by using our algorithms, we are able to devise an analytical model of how animals, poachers, and rangers simultaneously move through space and time.” – Tom Snitch, Ph.D., UMIACS
Drones give rangers eyes in the sky. Equipped with infrared cameras and GPS to identify animals and poachers with thermal imaging, they can literally see any heat image moving across the plains at night in real time. The drones are battery powered–almost completely silent and essentially invisible, providing operators with the critical intelligence necessary to rapidly deploy rangers to the threat location to apprehend poachers before they can kill.

Now rangers can anticipate where the poachers will be. Using predictive analytics, satellite uplinks and big data, poachers are exposed to rangers supported by drones and sophisticated data.
In tests conducted since 2013, in over 650 missions flown, and over 1000 flight-hours, no animals were killed while drones were in flight.

“We have the distinct potential of being able to turn the tables on this threatening trend in a very short time, once we have these teams in the field, our experience says that the killing starts to rapidly grind to a stop. In short, when the drones fly, the poaching stops.” – John Petersen, Chairman, Lindbergh Foundation
Air Shepherd partners have a proven and effective solution to end poaching.

Air Shepherd aims to raise $500,000 via Indiegogo with the campaign that runs through April 11th. There is still time to support the initiative, campaign perks range from African Fair Trade Napkins with a contribution of $35 to an extreme aerobatic flying adventure with professional pilot Sean Tucker for a contribution of $25,000.