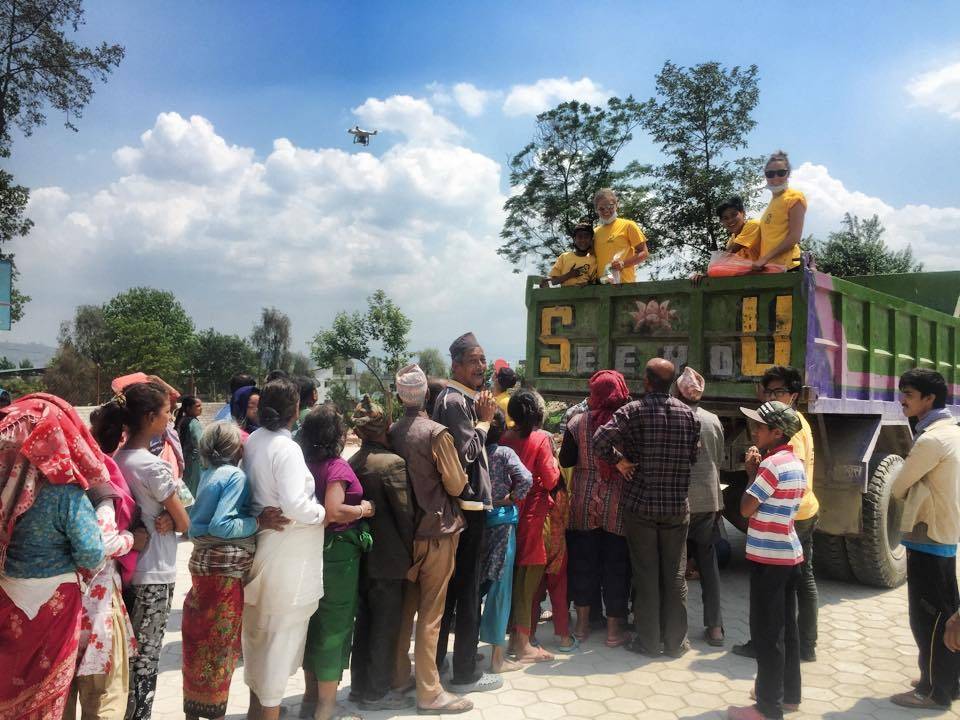 A pair of drones served a vital purpose in traversing landslide-strewn Nepal roads, when two men, part of the Scientology Volunteer Ministers Nepal disaster response, used the images from these devices in the search and rescue operation.

Arriving in Nepal on April 29 and joining the Scientology Volunteer Ministers team, two live event producers made unusual and valuable use of the small aerial drones they use in their work, when they trekked to the small remote mountain villages bordering China several hours outside Kathmandu.

With roads largely impassable due to landslides triggered by the quake and dozens of aftershocks, the footage from the drones proved an essential asset in helping direct the search-and-rescue and aid distribution operations on the proper routes to take and which to avoid. And it’s about far more than simple convenience. In many senses, it’s literally a matter of life and death.

If you took the wrong road, that activity alone could trigger further landslides and mudslides. Tens of thousands of locations remain at high risk of further deadly slides throughout the quake-ravaged nation, according to recent computer analysis of earthquake shaking, slope steepness and rock strength. The risk is expected to increase exponentially with Nepal’s imminent monsoon season.

Beyond their practical use, the drones have also been a big hit with youngsters in the area, who marveled at watching them launch and send back images.

So successful has the drone operation been that the volunteers, Mike Savas and Max Rantz-McDonald, have committed to funding and mobilizing an international drone disaster team, which can be among the first responders at major disasters like earthquakes, tsunamis and floods.

To some degree, it’s all in a day’s work for these men. They already are part of a group called Roadies That Care, which consists of touring music event-workers who raise money while on the road and pay visits to hospitals and other facilities to give something back.

Savas and Rantz-McDonald hope to continue dispelling the myth that the people who put on music events are all about drinking and partying. These two are instead making a real difference – and literally saving lives.

Whether serving in their communities or on the other side of the world, the motto of the Scientology Volunteer Minister is “Something can be done about it.” The program, created in the mid-1970s by L. Ron Hubbard and sponsored by the Church of Scientology International as a religious social service, constitutes one of the world’s largest and most visible international independent relief forces.

The Volunteer Minister “helps his fellow man on a volunteer basis by restoring purpose, truth and spiritual values to the lives of others.” A global network of Volunteer Ministers mobilizes in times of manmade and natural disasters, answering the call wherever needed. Collaborating with some 1,000 organizations and agencies, they have utilized their skill and experience in providing physical support and spiritual aid at hundreds of disaster sites.