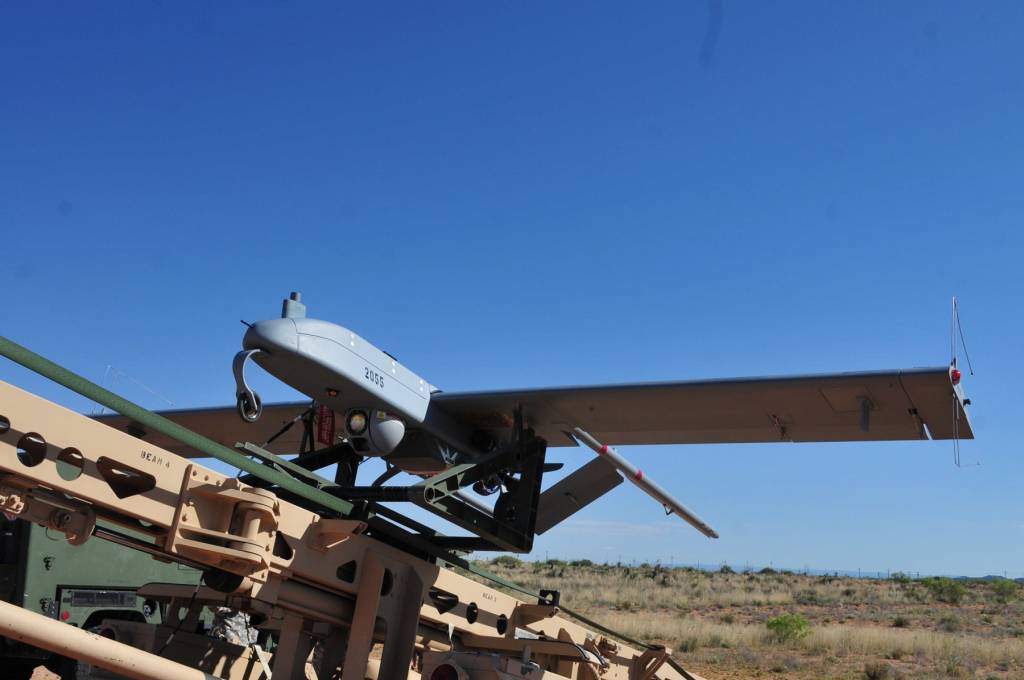 Unmanned aircraft is one of the fastest growing sectors in civilian and military aviation.

Training is especially paramount in the case of 3rd Squadron, 6th Cavalry Regiment, Combat Aviation Brigade, or CAB, 1st Armored Division, because it is the Army’s first heavy-attack reconnaissance squadron, which pairs AH-64 Apache helicopters with the RQ-7B Shadow drones.

In January, 3rd Squadron, known as “Heavy Cav,” received 12 of the version 2 Shadows and has been training with them at McGregor Range in New Mexico.

“The fielding of our Shadows has gone extremely well,” said Lt. Col. R.J. Garcia, commander, Heavy Cav. “The Soldiers are motivated and the leadership has been aggressive in ensuring we build a strong foundation in the basics.”

The new user-friendly computer programming of the Version 2 model, Grant said, has allowed the unit to increase its abilities in range, altitude and payload packages.

“Day-to-day, we try to get as many flights out as possible,” Grant said. “The high-tempo mission training has allowed us to get a real idea of how it will be during our upcoming deployment.”

Third Squadron is scheduled to replace its sister Apache unit – 4th Battalion, 501st Aviation Regiment – in Kuwait this summer to perform a security mission in the Arabian Gulf region.

The Heavy Cav is now performing manned- and unmanned-team training exercises, dubbed Operation Heavy Shadow – pairing its Apaches for the first time with the Shadows.

“The exercise requires a team effort to accomplish a mission or destroy a target,” said Staff Sgt. Timothy Fry, mission operator for the training exercise. “The Shadows are the eyes that will tell the Apache, where and when the enemy is present.”

This dual-asset training will validate the strength of Heavy Cav and enhance the combat presence of the CAB, Garcia said.

“Most importantly, we are very excited about sharing our lessons learned so that the [U.S. Army] Aviation Branch as a whole can collectively improve this capability,” Garcia said.

This was the first time the Army paired drones with Apaches within the same unit. The restructuring was part of an Army-wide plan intended to enhance reconnaissance abilities as the Army transitions from the OH-58 Kiowa scout helicopter.

Nine more aviation units, across the Army, are scheduled to make the same transition over the next four and one-half years.