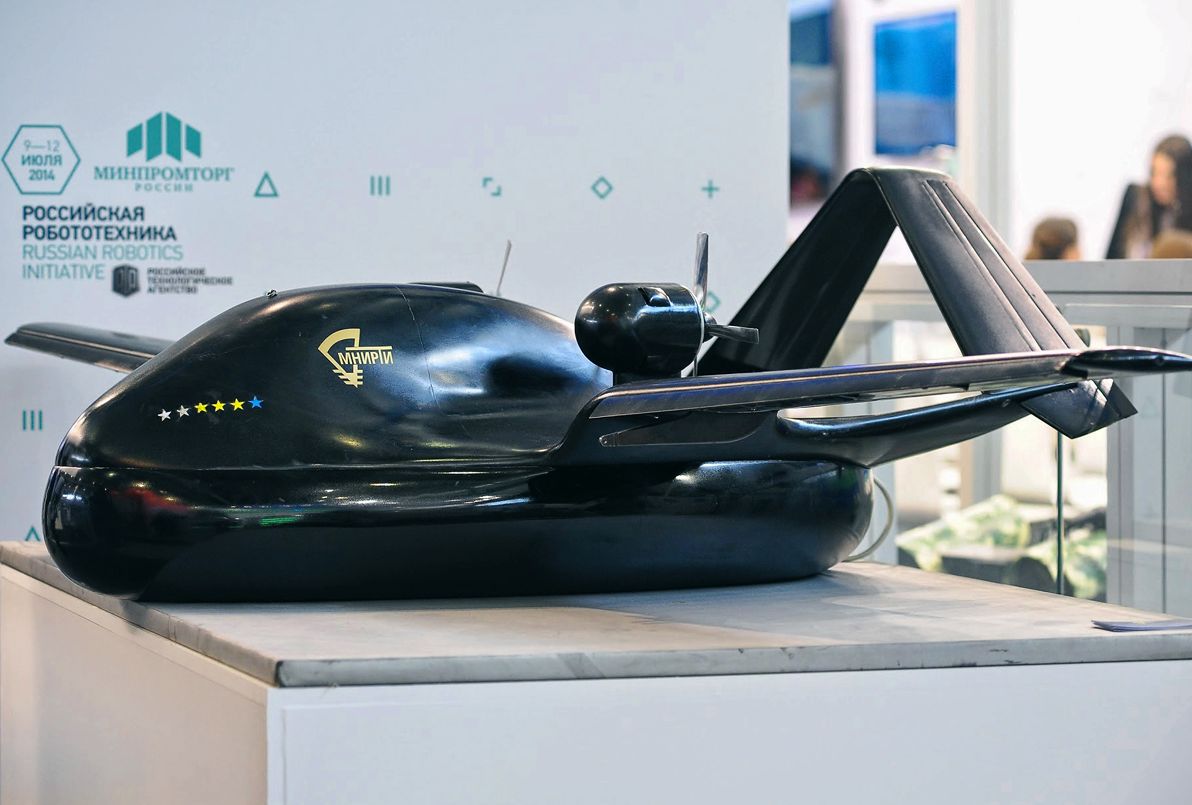 The new unmanned multipurpose aircraft will be capable of taking off and landing almost anywhere.

Engineers at the United Instrument Corporation, a branch of the state-owned innovation corporation Rostec, have conceptualized a new two-ton unmanned aerial vehicle, capable of transporting supplies, personnel, reconnaissance equipment and onboard weapons systems.

The two-ton drone concept is based on the new Chirok (‘Teal’), a drone equipped with an air cushion design with no equivalent in the world of UAV design. Developed by the Moscow Radio Engineering Research Institute, the air cushion design allows the Chirok to take off and land in virtually any natural conditions —from uneven surfaces, to sand or snow-covered and wetland territories, to water surfaces.

A source at the United Instrument Corporation told the press Tuesday that “at the moment, a theoretical study of the elements of an apparatus weighing over two tons, built on the basis of the 750kg Chirok UAV has already been carried out. It uses all the same technology, but in a number of areas the ‘Big Chirok’ will exceed its ‘little brother’.” Rossiyskaya Gazeta notes that a prototype of the two ton drone may be approved following the testing of the Chirok this summer.

The 750kg Chirok UAV will be presented at the 12th International Aviation and Space Salon MAKS this August in Zhukovsky, Moscow region. The UAV is capable of carrying 2-3 passengers plus gear; alternately it can be loaded with aerial reconnaissance equipment or armaments to serve as an assault drone. The multiuse device has a maximum flight distance of 2,500 km, and can fly at a maximum height of 6,000 meters.