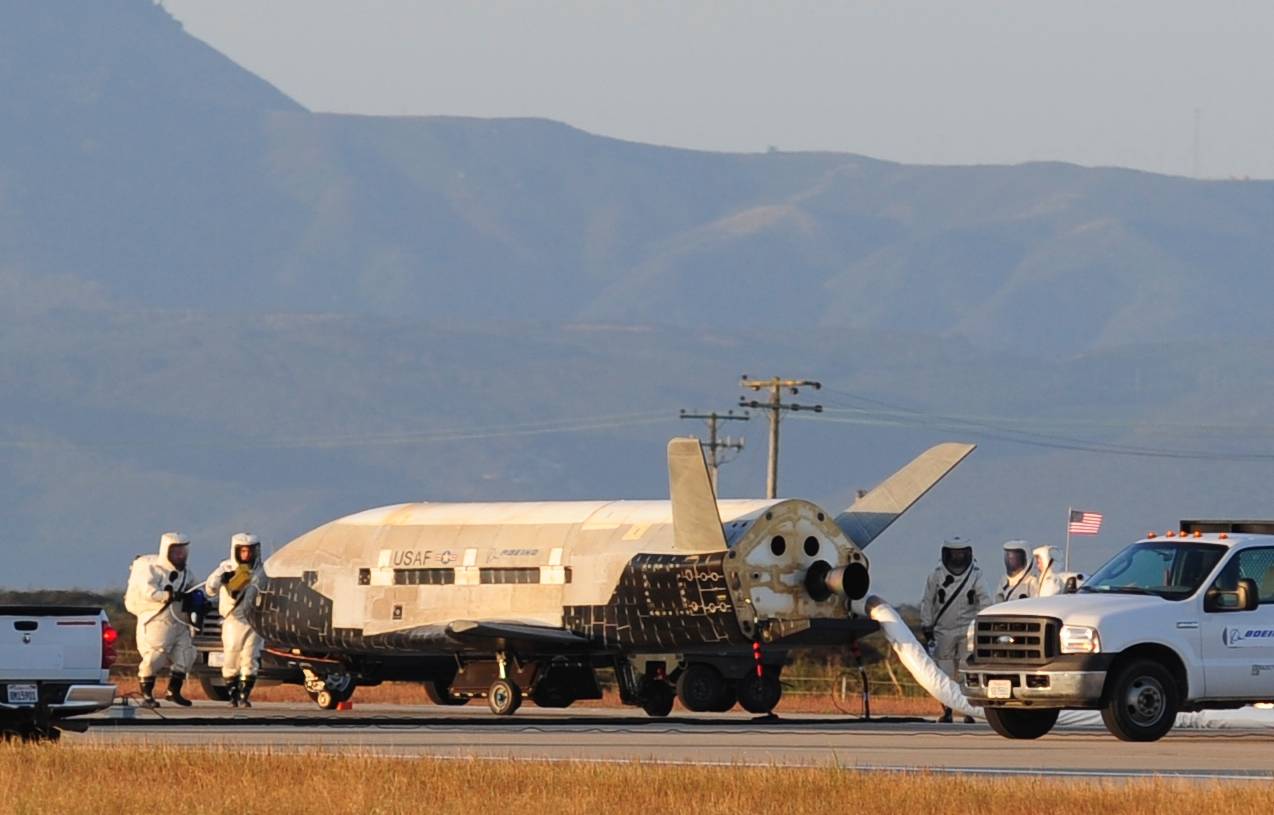 The US Air Force is preparing to launch its super-secretive space drone into orbit again, and this time NASA will use the flight to see how 100 or so “materials of interest” hold up in space’s harsh zero-gravity environment.

No details were released about the nature of the X-37B Orbital Test Vehicle’s three previous orbital missions, which typically have lasted more than a year. So far, the autonomous spacecraft, which is about 20% of the size of the retired Space Shuttle, has spent 1,367 days, or nearly four years, in space – 33 days more than the Space Shuttle logged over 135 missions.

The X-37B also lands like a plane, which makes it reusable.

The fourth mission will focus on how space stresses materials with temperature extremes, debris, micrometeoroids, direct sunlight, and atomic oxygen, and how it can erode many of the paints, polymers, and composites that NASA and private space companies use as protective coatings on their craft. Such research becomes only more critical as the agency contemplates longer, deep-space explorations, such as a mission to Mars in the 2030s.

NASA is using a portion of the 29-foot-long Air Force drone to carry out the testing – which involves samples about the size of a quarter and extends research that began in 2001 – for possible use in future spacecraft, Bloomberg reported.

The Air Force has progressively extended the length of each flight; the last one stretched to 674 days before the craft landed in mid-October at Vandenberg Air Force Base in California.

“With the demonstrated success of the first three missions, we’re able to shift our focus from initial checkouts of the vehicle to testing of experimental payloads,” Randy Walden, director of the Air Force Rapid Capabilities Office, said in a statement.

Some coatings used to dissipate static charges, which had been exposed on earlier space station missions, have been used on the Mars Curiosity rover and on SpaceX’s Dragon capsule. In addition to materials research, the Air Force plans to test a new type of propulsion system.

If weather permits, the fourth mission will launch May 20 aboard an Atlas V rocket from Cape Canaveral, Florida. The Air Force said it has not decided how long the mission will last, but the X-37B is expected to remain in space for months.