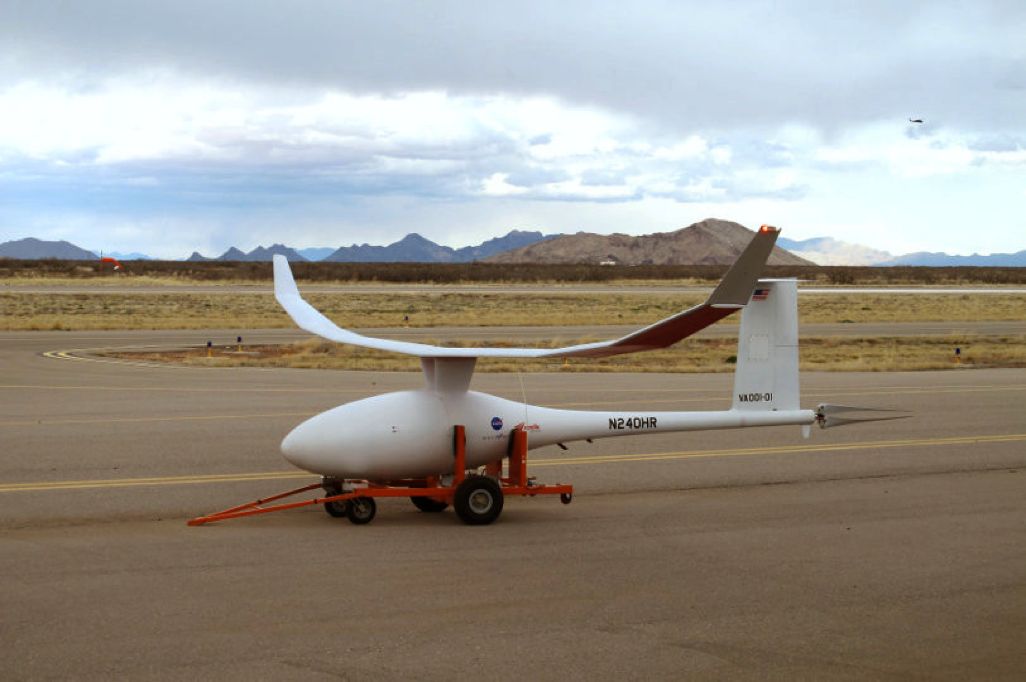 The aircraft (N240HR) launched carrying an 18-pound simulated payload and sufficient fuel for a 24-hour flight. Powered by an efficient heavy-fuel engine, the UAS flew autonomously in Las Cruces national airspace at altitudes up to 6,000 feet mean sea level, meeting all test objectives prior to landing.

“The team’s hard work really paid off – the airplane flew beautifully and showed all the performance we expected. This maiden flight test provided validation of the VA001 design and its remarkable capabilities,” said Neil Boertlein, co-founder and chief engineer for the VA001.

The VA001 went through the NMSU UAS FTC’s airworthiness assessment program under the oversight of the Federal Aviation Administration’s UAS Integration Office. The inaugural flight was the culmination of the extensive efforts of the Vanilla design and flight team working hand-in-hand with the NMSU UAS FTC crew to responsibly address the many details and challenges of integrating the flight of a new unmanned aircraft into public airspace.

“Working with NMSU was truly a pleasure,” said Jeremy Novara, co-founder and flight director of Vanilla Aircraft. “All of us at Vanilla concur that the NMSU team’s enthusiasm and efforts contributed to the successful outcome of our program.”

Initial flight of the VA001 UAS validated the airworthiness assessment of the aircraft’s control system, airframe, power plant and other subsystems of the aircraft and ground control segments.

“The maiden flight of this UAS was something truly to behold,” said Dennis Zaklan, deputy director of the NMSU UAS FTC. “It was the culmination of a dedicated group of professionals from both Vanilla Aircraft and the NMSU FTC that ensured success. Working with the Vanilla team was a pleasure and they will always be welcomed back.”

Additional flight tests are being planned with Vanilla’s customer to reach the aircraft’s full payload, endurance and altitude capabilities.

“In operation, the VA001’s unmatched range and endurance will greatly reduce the operating cost and manpower burden to provide persistent aerial coverage, and enable new missions previously beyond the capabilities of mid-sized UAS,” said Peter Bale, head of business development and strategy. “We are really looking forward to the next phases of this game-changing program.”

Vanilla Aircraft is a small business located in Falls Church, Virginia, specializing in the design, fabrication and testing of unmanned aircraft. The VA001 program began development under Vanilla IR and D funding and Phase I and Phase II SBIR funding from the NASA Earth Sciences Division.