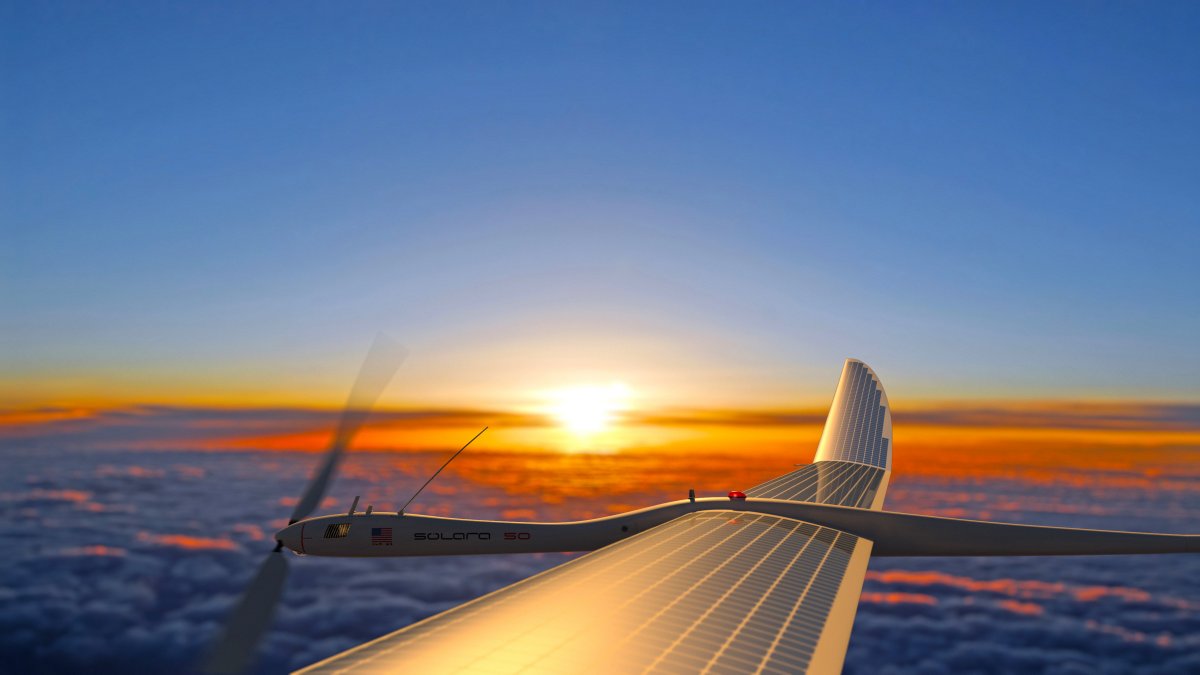 Facebook on Thursday said it is ready to begin test flights of a high-altitude drone designed to provide Internet access to remote locations of the world.

Yael Maguire, the engineering director of the project, told journalists the team had “achieved a significant milestone” with laser communications for high-speed data connections that are faster than most current speeds.

Using the solar-powered drone could mean “quickly bringing connectivity to an area that needs it,” he said at a presentation at Facebook’s California headquarters.

“Our goal is to accelerate the development of a new set of technologies that can drastically change the economics of deploying Internet infrastructure,” Facebook vice president of global engineering and infrastructure Jay Parikh said in a blog post.

“We are exploring a number of different approaches to this challenge, including aircraft, satellites and terrestrial solutions.”

But he said this would not lead to Facebook becoming an Internet operator or carrier.

“Our goal is to provide the technology to other partners,” he said.

Aquila drones and using lasers to provide Internet connections are the work of a project devoted to finding ways to provide online access to the billions of people in the world who don’t yet have it.

Hitting a dime
Facebook last year unveiled its ambitious plan to use drone, satellite and laser technology “to deliver the internet to everyone” via the leading online social network’s Connectivity Lab.

“A full-scale version of Aquila — the high-altitude, long-endurance aircraft designed by our aerospace team in the UK — is now complete and ready for flight testing,” Parikh said.

Data fired off by the lasers can hit a target “the size of a dime from more than 10 miles (16 kilometers) away.”

The lasers are being tested in real-world conditions.

“When finished, our laser communications system can be used to connect our aircraft with each other and with the ground, making it possible to create a stratospheric network that can extend to even the remotest regions of the world,” Parikh said.

He added that these technologies are useful because “10 percent of the world’s population lives in remote locations with no Internet infrastructure,” and it may be costly to deploy conventional systems like cable or cellular communication in these areas.

Facebook co-founder and chief Mark Zuckerberg posted a video about Aquila to his page at the social network. The clip logged more than three quarters of a million views by mid-afternoon in California.

Zuckerberg wrote that he was excited that the team had built its first full-scale aircraft.

A flood of comments on Zuckerberg’s page ranged from praise for stepping closer to providing Internet for all to concern the drones could be misused for surveillance or spreading malicious computer code.

Free basic services
Connectivity Lab is part of a Facebook-backed Internet.org mission to provide connectivity to people in developing nations.

In May, Internet.org opened to outside applications following a controversy over its limited set of online services potentially defying the idea of ‘net neutrality’ that calls for the equal treatment of online content and services.

Zuckerberg said at the time that Internet.org would operate as a free platform “so anyone can build free basic services,” but that the full Internet would not be included.

Zuckerberg said the goal of the program remains giving people a limited number of basic services for health, education and jobs, for example, arguing this is not in conflict with net neutrality principles.

“Net neutrality should not prevent access. We need both,” he said.

“Our vision is to give people more access to free services over time.”

Facebook said the platform however would be opened to any developer who met certain guidelines. Any apps must use data “very efficiently,” and should not include data-intensive services that use considerable bandwidth such as video or high-resolution photos.