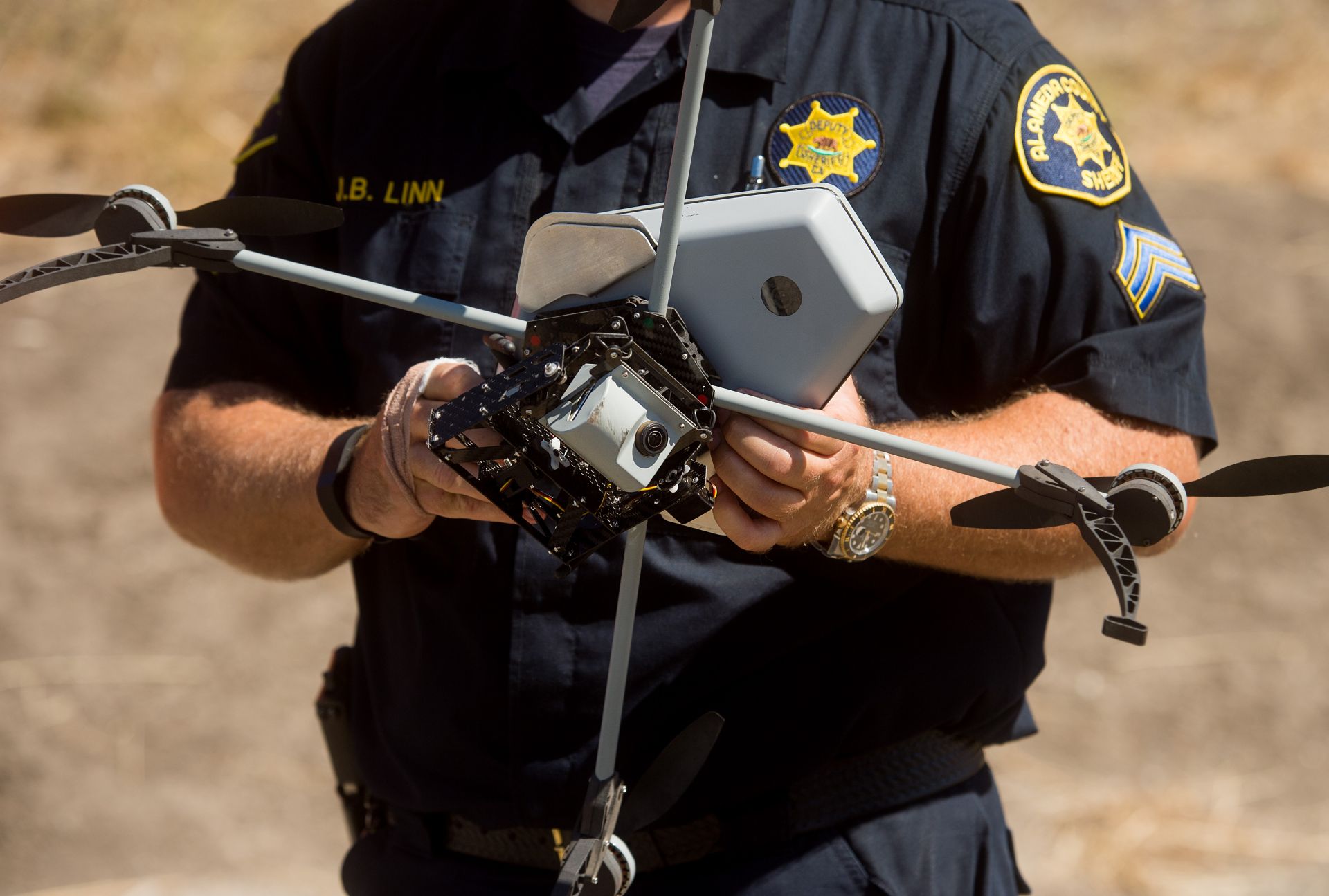 North Dakota police have been authorized to equip drones with Tasers, tear gas, and other non-lethal weapons after interference from a police lobby group led to an amendment to a bill, which was initially intended to limit police powers to deploy drones.
The adopted amendment to House Bill 1328 enables police drones to use “less than lethal” weapons, such as Tasers, bean bags, pepper spray, sound cannons and rubber bullets. The amendment was pushed through by Bruce Burkett of North Dakota’s Peace Officer’s Association, a police lobby group, the Daily Beast reports.

The bill was passed earlier this year and initially prohibited “any lethal or nonlethal weapons” on the drones, but that was eventually amended to permit the deployment of “less than lethal weapons.”

“This is one I’m not in full agreement with. I wish it was any weapon,” Rick Becker, the Republican sponsor of the original bill, said at a March hearing as cited by the Daily Beast. “In my opinion there should be a nice, red line: Drones should not be weaponized. Period,” he added.

The term “less than lethal weapons” seems to be disputable. At least 39 people have been killed by Tasers this year, according to The Guardian estimate.

Police, in turn, were dissatisfied with the initial bill that had been introduced to limit their surveillance powers by requiring them to obtain a warrant from a court before deploying a surveillance drone.

The authorization of non-lethal weapons on drones in North Dakota, which is the first US state with such legislation, comes amid growing concerns about excessive police powers in the US and fears of increasing threats posed by drones. Less than a month ago, police agencies across the United States were warned by the US Department of Homeland Security (DHS) about the possibility of attacks being carried out with unmanned aerial vehicles or aircraft systems.