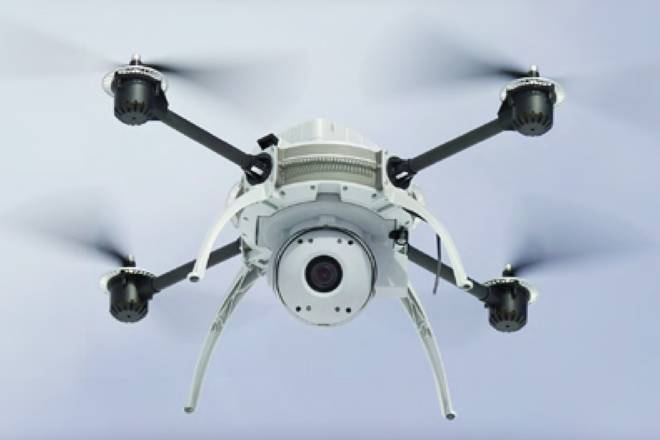 Firm principal Jeffrey Antonelli, who flies drones in his spare time for fun, decided to expand his passion to his law practice by launching a Drone Law Practice Group last year. The Group provides expert legal counsel to help businesses obtain commercial licenses to operate small drones, and keeps clients abreast of the changing laws regulating privacy and the safe use of drones.

“As a strong advocate of the use of drones for both recreational and commercial purposes,” Antonelli said, “I’m pleased to have worked to secure commercial licenses for Nixon Engineering and Owlcam, which have joined the small group of companies that have been granted an FAA exemption for commercial drone use.”

The FAA exemptions were granted to both Nixon Engineering and Owlcam pursuant to Section 333 of the FAA Modernization and Reform Act of 2012, which authorizes the FAA to grant case-by-case authorization for certain drones to perform commercial operations. As of mid-April, the FAA has granted only 207 Section 333 exemption petitions.

Companies like Nixon Engineering and Owlcam have found groundbreaking ways to use drones to help boost their research-gathering capabilities with the use of aerial imaging.

Helicopter pilot and drone hobbyist Chris Currier will now be able to fly drones across the Hawaiian skies and capture aerial videos of homes and hotels for the tourism and real estate industries.

“I’ve been a drone enthusiast for a long time, and I thought I could combine my drone-flying skills with my experience as a pilot to start a business,” Currier said. “Hawaii has plenty of beautiful high-end properties, and I plan to help real estate agents with their video marketing.”

In the case of Nixon Engineering, the FAA ruling will allow the company to operate drones that will shoot aerial photos of active mining sites and oil rigs in Louisiana and Texas.

“For the longest time, the FAA’s stance on commercial drones seemed to be just a flat-out ‘no,’” said Kurt Nixon, president of Nixon Engineering. “I eventually found Mr. Antonelli and realized there were ways to get around the FAA regulations.”

Nixon is now focused on expanding his ground-based surveying practices of the mining, oil, and gas industries to include aerial inspections and photogrammetry services.

“Having photos that show the site from above is extremely valuable,” Nixon said. “You can look at Google Earth, but the resolution isn’t nearly as sharp as what you can get with aerial photography taken from drones.”

More comprehensive drone laws are expected to be in place within the next two years. The FAA will finalize its Small UAS Rule, but the nearly 200-page draft of the new rule proposes continued heavy regulations of commercial drone uses.

Antonelli’s Drone Law Practice Group is leveraged by the legal and aviation expertise of attorney Kate Fletcher, an experienced commercial pilot with one of the world’s largest airlines, and Mark Del Bianco, a Washington D.C. attorney with substantial experience in federal administrative agency rulemakings, enforcement proceedings, and appeals. Antonelli, Fletcher, and Del Bianco together create a unique legal practice to serve clients in the emerging legal landscape of drone law.

Antonelli Law is an exhibitor at two upcoming national drone conferences, including the Small Unmanned Systems Business Exposition 2015 in San Francisco April 29 and 30 and May 1—and the Unmanned Systems 2015 trade show in Atlanta May 4-7 at Booth 1434. Hosted by professionals in the unmanned and remote sensing field, both events bring together global leaders from the drone industry. During the events, Antonelli Law’s Drone Law Practice Group will provide important insight into the many legal issues associated with the unmanned systems and robotics industry.