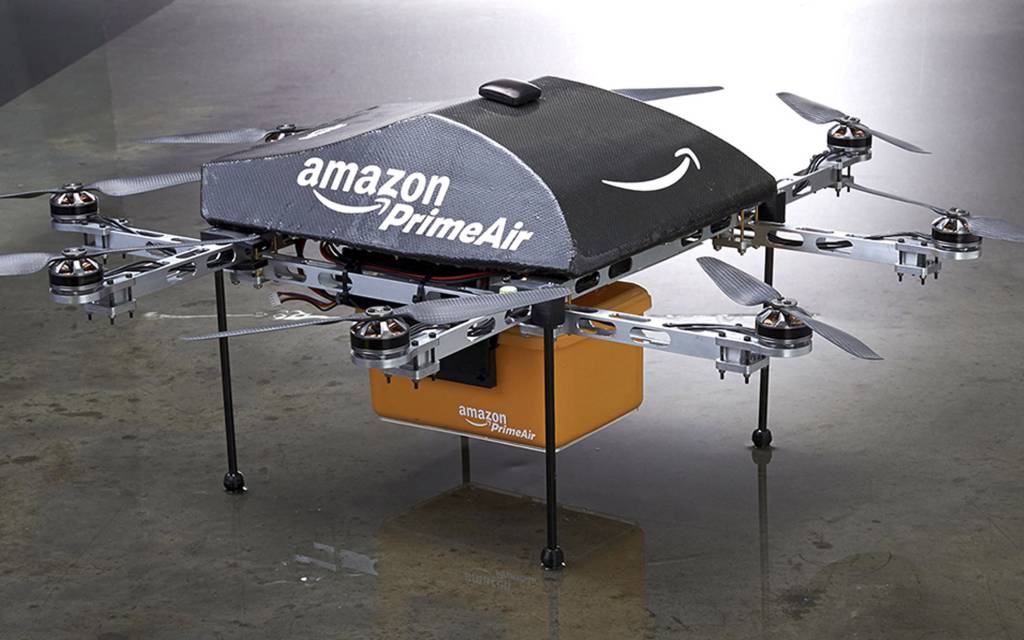 Online giant Amazon told Congress on Tuesday the US government is lagging in implementing rules for commercial drones, making it hard to make plans for its quick delivery system by air.

Amazon’s vice president for global public policy Paul Misener said in remarks prepared for a Senate hearing that the US approval granted last week for the company’s drone testing program came so late that it had already moved on to a new technology.

Misener said Amazon was grateful for the approval by the Federal Aviation Administration last week but noted that “we innovated so rapidly that the (drone system) approved … has become obsolete.”

“We don’t test it anymore,” he said. “We’ve moved on to more advanced designs that we already are testing abroad. Last Friday, we asked the FAA for permission to fly one of these advanced UAS (unmanned aircraft systems) in the United States, as well, and we are hopeful that this permission will be granted quickly.”

Misener said that while no country has approved the Amazon Prime Air plan for drone deliveries, the company has been seeing progress in efforts in Europe and by multilateral aviation groups.

“I’m delighted to report that these aviation authorities with whom we met in the UK and at the multinational bodies are enthusiastically pursuing regulatory frameworks and operational rules for UAS,” he said.

“The approach they are taking is eminently reasonable: it is risk- and performance-based, and it is mindful of the tremendous opportunities for innovation and economic benefits that UAS present.”

But in the United States, he said, the testing approved “is more restrictive than are the rules and approvals by which we conduct outdoor testing in the UK and elsewhere.”

“Obtaining permission took far too long, and certainly much longer — over half a year — than it took in other countries,” he said.

Misener said that the United States “is catching up in permitting current commercial UAS testing,” but remains behind many other countries.

Not far enough
The new FAA proposed rule announced last month is a step forward, “but it doesn’t go far enough,” he said.

The FAA proposal does not go beyond drone operations that are with view of the operator, or “visual line of sight.”

The rule proposed “only briefly requests comments on whether the rules should permit operations beyond visual line of sight and, if so, how enabling technology should be evaluated,” he said.

A report presented at the hearing from the congressional Government Accountability Office supported the notion that the United States is lagging.

The report said that drone rules have been in place in Canada since 1996 and in Australia since 2002.

As of December, Australia had issued over 180 drone operating certificates for aerial surveying, photography, and other commercial operations. And in Japan, the agriculture industry has used drones to apply fertilizer and pesticide for over 10 years, and more than 1,000 permits have been issued for commercial drones in Europe, the report said.

The hearing was held as the FAA said it was streamlining the process for drone permits for certain commercial applications, but only for those operating in “line of sight” of the operators.

The regulator said it would waive certain requirements for drones operating under 200 feet (60 meters) and weighing less than 55 pounds (24 kilos). These aircraft must operate within view of the operators and fly certain distances away from airports or heliports.